The History of Pilates: or What is Contrology?

Who is Joseph Pilates?

Born in Germany in 1883, Joseph Pilates was described as frail, dealing with various ailments throughout his childhood, including asthma and rickets, among others. Spending much of his youth trying to improve his health, his father introduced him to gymnastics, martial arts and body-building, and he quickly overcame his health issues to become a competent skier, diver, gymnast and boxer. As an adult, he was interned by British authorities in Lancaster Castle with other German citizens, and later at Knockaloe on the Isle of Man. It was there where he refined his techniques through teaching other inmates and patients, and the basics of what became known much later as Pilates.

How and Why did Pilates Create Contrology?

During his time at both Lancaster Castle and Knockaloe, Pilates believed that staying in shape would allow for he and his fellow internees to emerge stronger than when they entered, both mentally and physically. There’s even word that after an influenza outbreak that killed thousands in 1918, not one of his students succumbed. The years he spent polishing his system led him to create a very specific process that balanced the body, mind and spirit, which he called Contrology. This program was not called the Pilates Method until after his death in 1967.

Introduction of Contrology in the US

Joseph Pilates immigrated to the United States around 1925, shortly after being asked to train the new military police in Germany. Realizing it was actually the army he was to train, he declined the job and decided to head to America, where he met his future wife, Clara, aboard ship. In 1929, Pilates applied for US citizenship and listed the first Pilates Universal Gymnasium in the New York City telephone directory. It was during those years of transition that he improved upon his original apparatus designs, as well as creating a large repertoire of exercises to complete his process of Contrology. With a dedicated Clara at his side, Pilates was able to build his studio and his reputation, especially among dancers.

Acceptance of Pilates: Medical VS Population

Like most “new fads”, it took a while for Pilates to hit the mainstream – over twenty years in fact! While Contrology was a huge hit in the dance world, and had a few advocates in the medical world, it was still not accepted as a viable solution in the minds of those outside this elite group. Joseph Pilates never saw the success Pilates eventually had, but he never gave up and neither did Clara. Through the work of their students, many of whom eventually became instructors and mentors themselves, and the dedication of Clara after Joseph died, Contrology became known as the Pilates Method and began to flourish.

Once Pilates hit the mainstream in the 1980’s, it really took off among athletes, within fitness clubs, and finally in the medical and physical rehabilitation worlds. What dancers knew in the 1960’s was finally known worldwide. With over 12 million practitioners and counting, the efficacy and versatility of Pilates knows no bounds and continues to influence the world. Joseph once said he was “… 50 years ahead of my time!”. He wasn’t wrong!

Now through November 22nd, vote for us as the Best Yoga/Pilates Studio in the Herald Tribune’s Reader’s Choice 2021! Within the Health & Wellness category, you’ll see Yoga/Pilates Studio at the very bottom – take a few minutes and enter “Dynamic Fitness/Pilates Sarasota” and VOTE!

contrology Pilates
The History of Pilates: or What is Contrology?2020-11-122020-11-12https://www.pilates-sarasota.com/wp-content/uploads/2016/04/Logo-white.pngWelcome to Pilates Sarasota - Dynamic Fitness Pilates Studiohttps://www.pilates-sarasota.com/wp-content/uploads/2020/11/web_joseph-pilates.class1d7.jpg200px200px
Dynamic Fitness 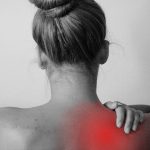 Pilates and Back PainHealth, Lifestyle