It’s impossible to call Pilates a “fad” — the fitness method developed over the course of the last century, and founder Joseph Pilates left a lasting legacy. With attitudes in a holistic approach to fitness continually on the rise, Pilates shows no sign of becoming a passing craze, either. However, Pilates’ popularity has skyrocketed in recent years, and with anything that’s so widely practiced, taught and talked about, a few misconceptions are bound to surface. In a five-part “mythbusters” series, we’re going to examine the most common ways in which people get the wrong idea about Pilates.

Myth #1: Pilates is nothing but an abdominal workout.

The first myth on the busting block is one that’s probably grounded in the most truth. It’s well known that practicing Pilates is a sure-fire way to get killer abs. However, the method goes deeper than that. Literally.

Pilates exercises reach down to the deepest muscles in the abdominal core which Joe referred to as the “power house.” These aren’t necessarily cosmetic muscles, but they work in tandem with other large muscle groups in the back and pelvis. Not only key to an athletic physique, they affect the body’s whole range of motion, stability and protection from injury. Toned arms and sculpted legs are definitely desirable, but they aren’t as effective when isolated from the core. Pilates is inherently an integrative method. Develop a strong core, and that strength is ultimately distributed throughout the entire body.

Speaking of integration, let’s not forget the mental side of a Pilates workout. Joseph Pilates firmly believed that physical health and mental health are interdependent. The Pilates principles of concentration and precision require your brain to work just as hard as your muscles. This enhances “body awareness,” one’s basic ability to function in the physical world. This is a result of connections forged between mind and body as one controls and coordinates the breath with the graceful, yet powerful movements that are the hallmark of Pilates training. 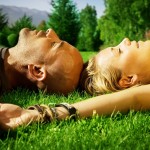